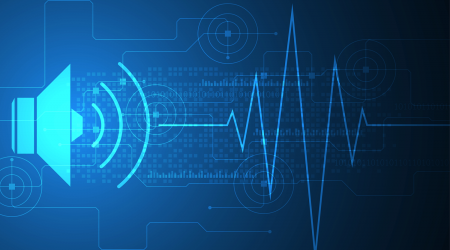 ADT LPC is available on the above Platforms: Other configurations are available upon request.

CPU UTILIZATION & MEMORY REQUIREMENTS
Memory usage is given in units of byte.

The Adaptive Digital Technologies LPC-C67X voice coder is a real-time implementation of one of the LPC-10 vocoder. LPC analyzes the speech signal by estimating the formants*, removing their effects from the speech signal, and estimating the intensity and frequency of the remaining buzz. The process of removing the formants is called inverse filtering, and the remaining signal after the subtraction of the filtered modeled signal is called the residue.

The LPC vocoder algorithm is a form of voice compression commonly used for speech analysis and resynthesis. It is also used for secure wireless, where voice must be digitized, encrypted and sent over a narrow voice channel.

* A formant is a concentration of acoustic energy around a particular frequency in the speech wave. There are several formants, each at a different frequency, roughly one in each 1000Hz band. Or, to put it differently, formants occur at roughly 1000Hz intervals. Each formant corresponds to a resonance in the vocal tract.

Scroll back to top
Translate »