RTP is a networking protocol that is used to transport real-time media data streams such as voice and video over packet networks. This protocol is an industry standard that is defined by IETF RFC 3550. 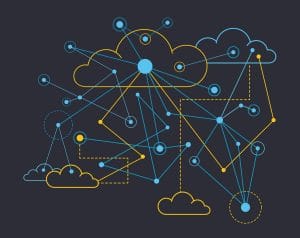 Secure variants include support for:

ADT RTP is available on the above Platforms: Other configurations are available upon request.

MEMORY REQUIREMENTS
All Memory usage is given in units of byte.
CPU UTILIZATION

Adaptive Digital’s implementation of the RTP protocol is designed to provide fully re-entrant modules to allow multiple RTP streams to be processed concurrently.  User supplied callback and support routines are used to allow the RTP software to be easily adapted to the application environment. Memory allocation for the packets stored within the jitter buffer is dynamic and is accomplished via a call to a user definable memory allocation support routine.  To allow flexibility in interfacing with differing network stack mechanisms, the mechanism to send data over the network is accomplished via a user definable callback routine.

RTP – The successful transport of real-time voice and video data necessitates the use of transport protocols that are different from the traditional protocols, such as TCP and UDP, that are typically used for the transport of non-real-time data. There are three primary differences:

RTP is specifically designed to handle the play-out requirements of real-time media streams through the use of time stamps and jitter buffering.  Due to the real-time nature of the data streams, where requesting retransmissions is too costly in time, RTP is typically used in conjunction with UDP to provide low-overhead network communications between two end-points.
RFC 3550 identifies two components to the real-time transport: data transport and control. Data transport is handled by RTP while control is handled by Real Time Control Protocol (RTCP). RTCP, which can be used to help scale the network traffic to the available bandwidth, is optional.

An RTP packet identifies the media payload type (format) and its source. It also includes time stamps and sequence numbers that are used by the play-out side to handle lost or out of sequence packets. RTP provides for the use of multiple streams as in the case of a system that transmits both voice and video. The payload in an RTP payload contains the encoded voice or video information. The use of dynamically defined payload types  allows RTP packets to carry virtually any type of media format.

Authentication Algorithm HMAC – Hashed message authentication code is characteristically used to authenticate that a message has not been changed during transit. Both parties to the message must have a shared secret key. The sender combines the key and the message into a string, produces a digest of the string by using an algorithm such as SHA-1 or MD5, and transmits the message and the digest. The receiver joins the shared key with the message, applies the appropriate algorithm, and runs a comparison between the digest thus obtained with that transmitted by the sender. If the digests are precisely the same, the message has not been tampered with.

Authentication Algorithm MD5 – Message Digest 5 is a widely used cryptographic hash function with a 128-bit hash value. As an Internet standard (RFC 1321), MD5 has been employed in a wide variety of security applications, and is also commonly used to check the integrity of files.